Experimenting with iterations and powers

Okay enough eye candy for now. Let's have a closer look at the structure of this beast. Firstly, the old 2D Mandelbrot can be represented as an evolution of iterations. At iteration 1, it's merely a circle, so we'll start from iteration 2. Click any picture to enlarge to 1920x1200 pixels.

The final stage (infinity iterations) is very similar at first glance to iteration 5000 (unless you zoom right in), as the shape converges to a shape comprised of tangent circles. Countless sizes of circles granted, but there's no real interesting detail left (unless you colour the background as is often done to produce nice psychedelic patterns).

One interesting question is: Does this same phenomenon happen with our power 8, 3D Mandelbulb?

Power 8 (zooming into this object produces all the eye candy on the previous page):


A higher quality image below, and a super-large 4000x4000 version is here for the patient. 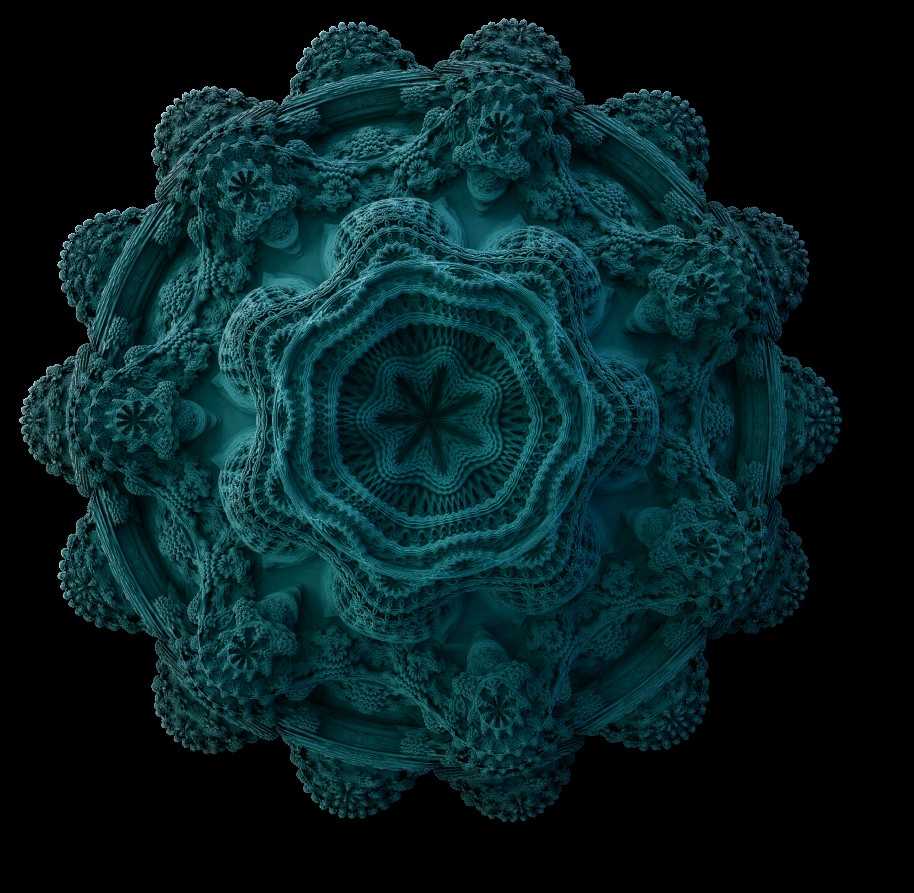 And once you zoom into that, you get the magic as shown before. Why doesn't the old square (power 2) version (which was featured at the beginning of this article) produce all the detail as the power 8 version just above? Let's take a look to see if we can find clues by delving into the various iterations:

Zooming in to the object above will produce mostly relatively dull patterns and maybe one or two surprises, but which still mostly have only 'whipped cream' style textures (see here for a 7500x7500 pixel render if you're patient). From the evolution of the iterations, it looks like any detail is being focused into specific points pseudo-randomly, rather than the nice spread and growth of detail we see in the power 8 version further above.

Finally, let's take a look at power 3. Will it appear magical like power 8, or relatively boring like power 2? Or perhaps something in between?

Interesting. So it looks like we have a middle ground between the detail of power 8 and 2. But just to be sure, it might be worth our while to zoom into this thing. This below was the best I could find (2000x2000 resolution here), though you can see others here and here. 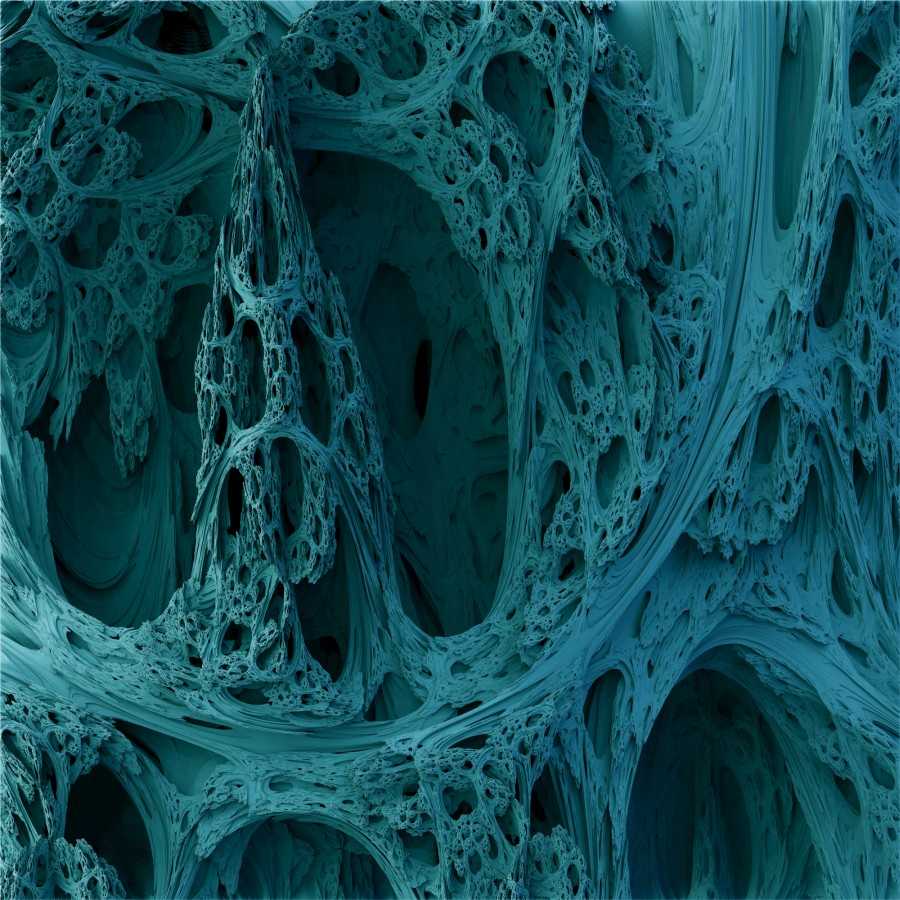 It's easy to go to higher powers than eight. Results are beautiful, though somewhat predictable once you've seen the lower powers. 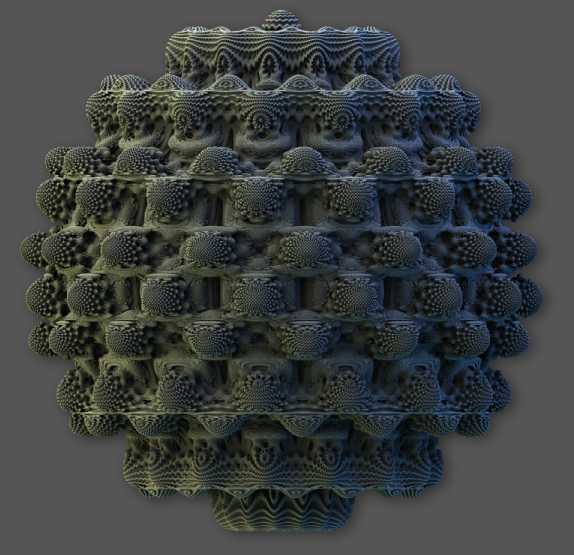 And some zoom ins...

What's the formula of this thing?

There are a few subtle variations, which mostly end up producing the same kind of incredible detail. Listed below is one version. Similar to the original 2D Mandelbrot, the 3D formula is defined by:

...but where 'z' and 'c' are hypercomplex ('triplex') numbers, representing Cartesian x, y, and z coordinates. The exponentiation term can be defined by:

And the addition term in z -> z^n + c is similar to standard complex addition, and is simply defined by:

The rest of the algorithm is similar to the 2D Mandelbrot!

Here is some pseudo code of the above:

...where n is the order of the 3D Mandelbulb. Use n=8 to find the exact object in this article.

There are also techniques to improve rendering speed as found by FractalForum.com members: